I am a writer and always have been. I got a little sidetracked by an eight-year hitch in the U.S. Navy (the basis for my first novel, "Raid"), including a three-year tour as an instructor at the Navy's Nuclear Power Training Unit outside of Idaho Falls, Idaho (a principal locale in my latest novel, "The Men from the Grassy Knoll"). I got a little more sidetracked by a twenty-year stint on the staff of the University of California, including five years at UCLA in Westwood (the setting of my novel, "Sunstroke"). I spent far too much time in Las Vegas, but at least it contributed to some of the fun of Sunstroke, and I can claim to have personally financed at least one wing of the old Bally's casino.
I now reside in San Francisco, with my wife, Susan; San Francisco being my ancestral home and the setting for my next novel, "The Last Survivor," a saga of the last survivor of the 1906 earthquake.
On second thought, let's not say I was sidetracked, let's call it thirty years of research for four novels and a parcel of non-fiction on really boring subjects like energy and water policy, and telecommunications stuff.
I am a fifth-generation Californian. My maternal grandparents, as young children, were both left homeless by the 1906 earthquake. If it had not been for the earthquake, they would not have met, eventually fallen in love and married; and I would not be here. While that may give some people of my acquaintance even more reason to hate earthquakes, my three children and four grandchildren are somewhat grateful.
I grew up in Sacramento, California, joined the Navy, helped lose in Vietnam, and graduated from the University of California, Davis with degrees in political science and public policy. Somewhere in there my sister, Susan, introduced me to my future-wife, Susan, and we had our first daughter, Susan. We named our second daughter Rachel, and our son James; having sown enough confusion for at least a generation. 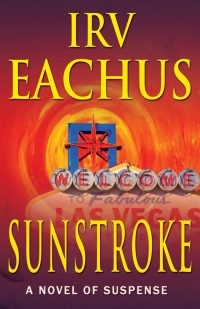 SUNSTROKE: A Novel of Suspense by Irv Eachus 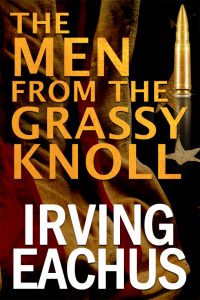 THE MEN FROM THE GRASSY KNOLL by Irv Eachus 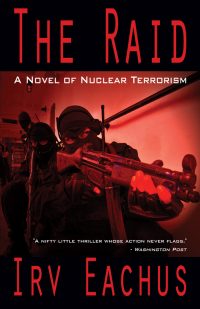 THE RAID: A Novel of Nuclear Terrorism by Irv Eachus